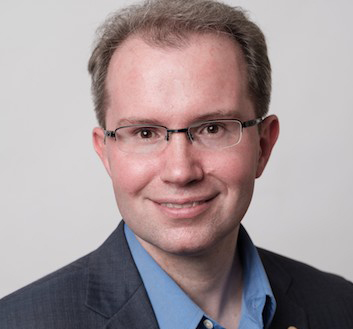 Inaugural Director, GeoTech Commission and Director, Commission on the Geopolitical Impacts of New Technologies with the Atlantic Council

Dr. David A. Bray has served in a variety of leadership roles in turbulent environments, including bioterrorism preparedness and response from 2000-2005, time on the ground in Afghanistan in 2009, serving as the non-partisan Executive Director for a bipartisan National Commission on R&D, and providing leadership as a non-partisan federal agency Senior Executive.

He accepted a leadership role in December 2019 to incubate a new global Center with the Atlantic Council. He also provides strategy to both Boards and start-ups espousing human-centric principles to technology-enabled decision making in complex environments. He was also named a Senior Fellow with the Institute for Human-Machine Cognition in starting in 2018.

Business Insider named him one of the top “24 Americans Who Are Changing the World” under 40 and he was named a Young Global Leader by the World Economic Forum for 2016-2021. From 2017 to the start of 2020, David served as Executive Director for the People-Centered Internet Coalition Chaired by Internet co-originator Vint Cerf, focused on providing support and expertise for community-focused projects that measurably improve people’s lives using the internet.